This was Abby’s first year playing hockey for the Port Credit Storm Novice Green team. She had an absolutely amazing time. The coaching staff was very supportive of Abby and made it a very positive experience.

Videos and Photos from the Season

Abby at the start of the season!!!!

Abby watching from the bench!!! 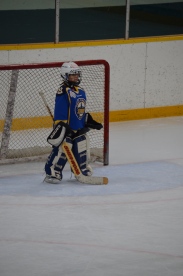 Abby stopping a shot when she played goalie. She got a shutout.

Abby before her first game of the season.

Abby got to meet some new and amazing friends this year on her team. All of her friends also had brothers who played in the Paperweight league against Aiden.

Abby’s team never lost a game this year in her division and were awarded the Series champion plaque. I was supposed to take a picture of her getting the plaque, but I thought that they were going to present it to her at the end of the game and I missed  the presentation.

Abby’s team then went on to win the Gold Medal Trophy for their division at the end of the playoffs with a commanding 5-1 victory over Meadowvale. 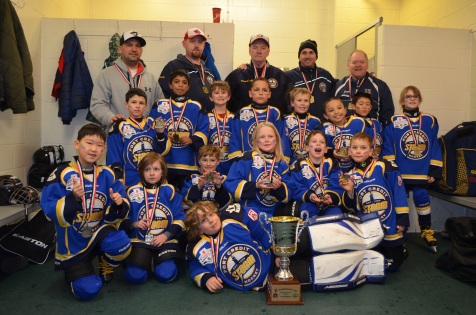 Abby and her team with the gold medal trophy from the playoffs.

Abby and her team after winning the Gold Medal Championship in the playoffs.

Abby with with Coach Al and her gold medal trophy.

Abby and the boys holding up the championship trophy in the dressing room after the game.

Abby with Mom and Dad and her gold medal trophy!!!

As I said, it was an amazing first year of hockey for Abby!!!