This was Aiden’s first hockey season in Port Credit and he had a blast. Some of the highlights included playing with Santa, carrying the team flag, riding in a police car at the the Charity Coaches Game, and scoring his first goal.

Waiting to go on

Trying on equipment for the first time

Waiting in the dressing room 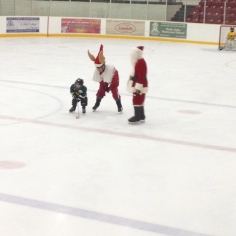 Playing Santa and his elf

Aiden riding in the police car at a fundraiser 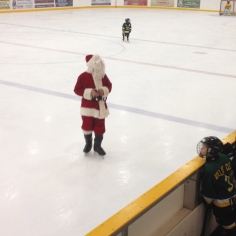 Mama & Papa after a hockey game

Melissa, Peter and Abby at outdoor practice waiting for Aiden

Aiden on the ice for the first time 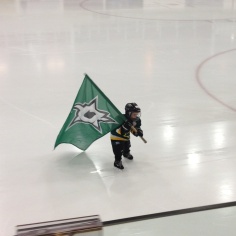 Carrying his team’s flag onto the ice

Aiden riding in the police car 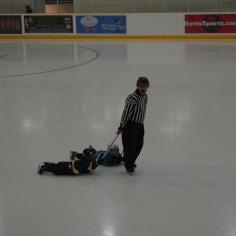 Aiden being dragged around the ice by his stick