We started our annual Christmas in August trip packing the van using all of our Tetris skills with Marley & Lindy as our centerpiece. Steven was nice enough to drive from Toronto to pick up Bruce & Jackie and bring them in his car.

This year’s theme was a baby shower, since baby Shelby was due shortly. On the Saturday afternoon we had a shower that included gifts and baby games organized by Uncle Lucas.

Aiden with Kim in the background

Aiden & Abby with the soon to be Dad, Philip

Auntie Joyce with Marley. Jill in the background 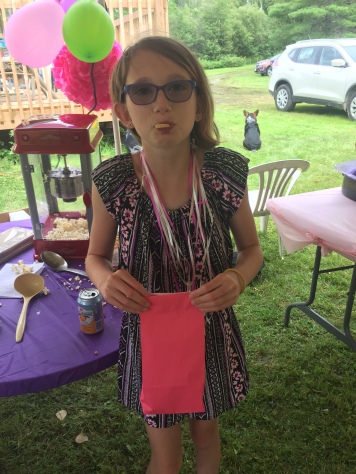 Abby with her goody bag

Stephanie at her wedding shower,

Some of the baby shower games included, the don’t break your water game, which involved a water balloon between the legs with a balloon tucked under our shirts and beer pong using baby soothers, which we won!!! 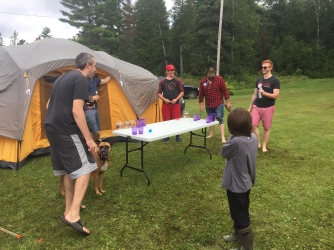 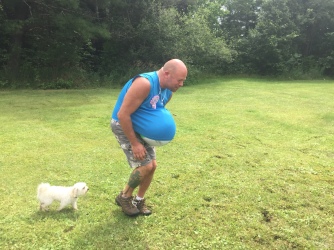 Peter enjoying a drink while pregnant with Philip in the background.

Aaron nursing his back with Philip & Peter there for support 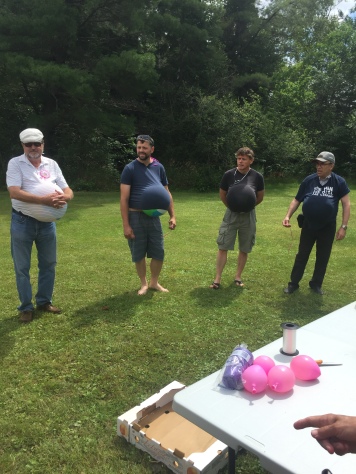 The rest of the weekend included fun times at the water (even though it was a little cold), family games of chess, monopoly and heads up, family dinners in the gazebo and some family selfies. 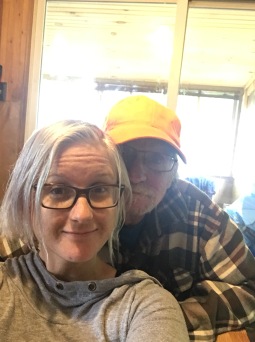 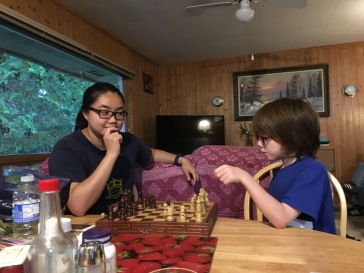 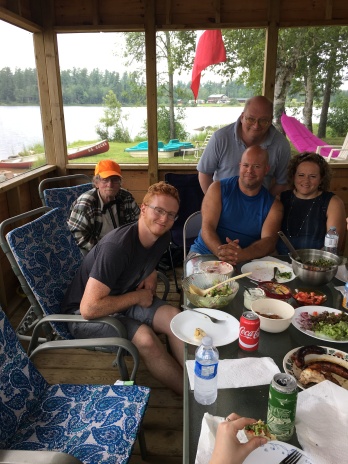 Auntie Joyce getting food out with Jackie in the background

Chantale, Abby and Melissa in the river

The weekend wouldn’t be complete without a visit to The Wedding Tent by Aaron, Luc, Melissa and me. The reason why that is funny is story that you will have to ask me in person!!!