For Family Day in 2017, we travelled to Marten River for a snowshoeing weekend. Stephen, Jill, Aaron, Chantale, Philip and Stephanie were also there for the weekend. It was a great distraction since for me since I had been working for the last 6 weeks to complete my final aspects of my Principals Qualification program, while at the same time working on my application to come to the Peterborough School Board which was due at the end of February. While I still had to work during some of the weekend, I still got out for several snowshoe trips. The kids, Melissa and the dogs got out several times a day and logged many Km. trans-versing the trails. The highlight for me was definitely getting out and roasting the marshmallows on the trail with everyone. We also managed to squeeze in several card and board games with Auntie Joyce and Jill. 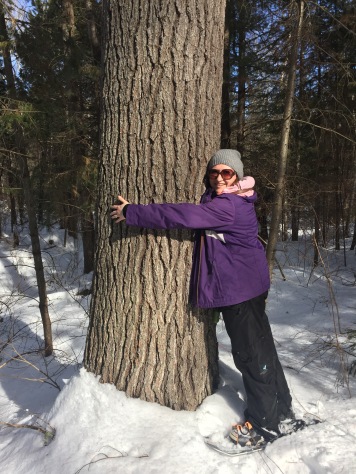 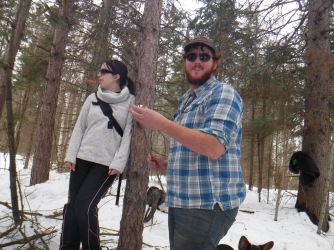 Philip getting a marshmallow ready to roast on the fire with Stephanie looking on.

Raosting marshmallows on our snowshoeing adventure. 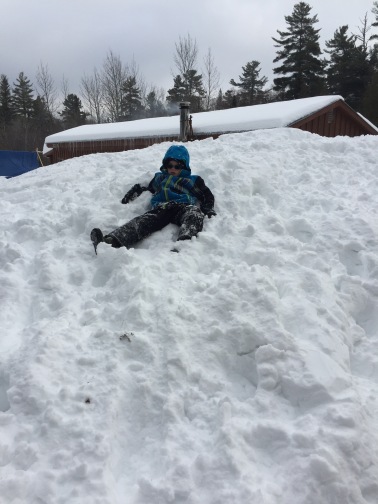 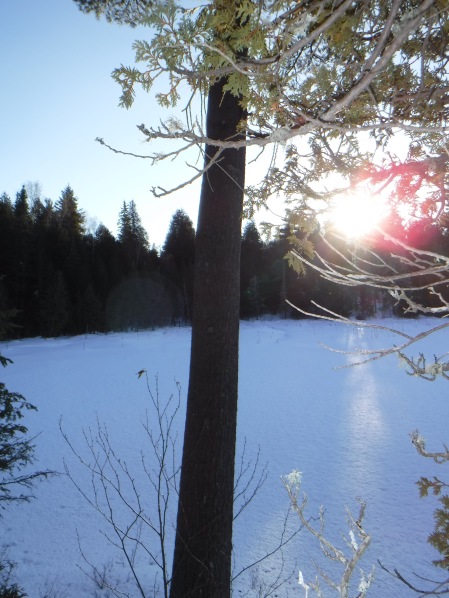 A view from the snowshoe trail

Uncle Aaron at his bird feeder

Aiden playing “Deer in the Headlights“ game with Auntie Joyce 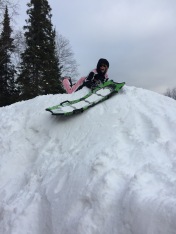 Abby at the top of the snow plow pile 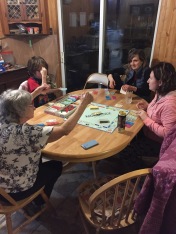 Melissa with her cousin Steven checking out ice formations along trail

A view down one of the snowshoe trails 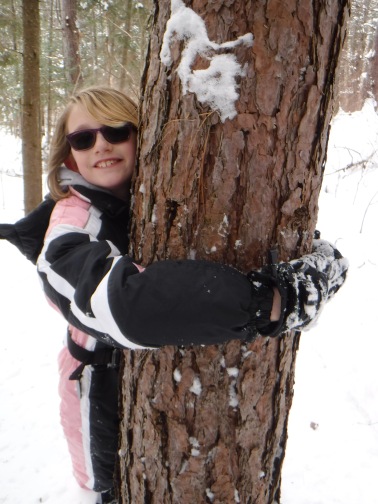 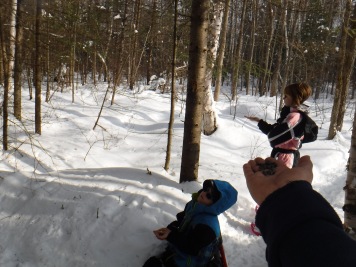