At the end of April, Abby performed in St. James Player’s musical Peter Pan. She had auditioned after watching Mary Poppins in November and made it into the play. She played in the chorus as one of the lost boys named “Nutmeg.” She rehearsed 2-3 times per week from December to the end of April. It was her first time in a musical and she had a blast throughout the entire experience. In the sold out audience, Abby had a lot of fans supporting her including: Mom, Dad & Aiden; Auntie Julie, Macklan, Eva & Jane; Papa; Uncle Rob & Auntie Holly; Popo Sandra and Gong Gong Ted; Uncle Shawn, Auntie Megan & Violet. 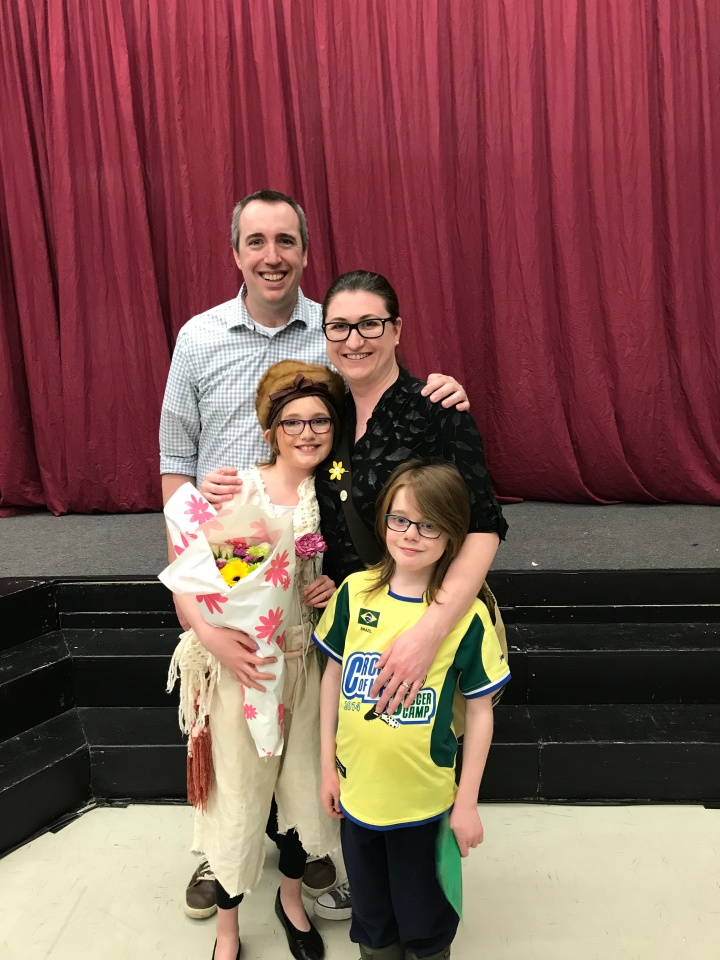