In November, Melissa, the kids, Grandma and I went to watch St. James Players Mary Poppins musical at Showcase Peterborough. It was a really well done play and Abby & Aiden loved it.

Melissa and Jackie selfie before the play

Peter & Melissa before the show 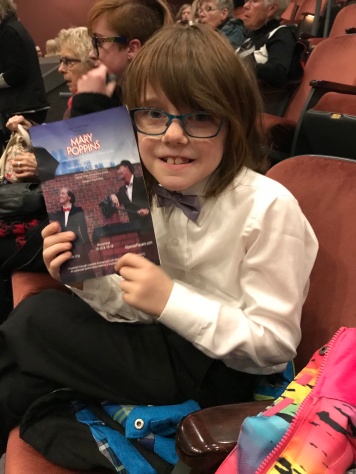 Aiden with the program waiting for the show to start 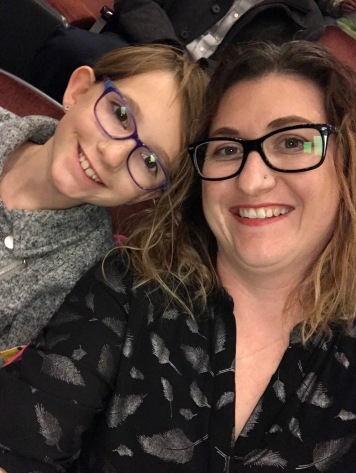 Melissa & Abby taking a selfie before the show

After the play we went down to the lobby to meet some of the cast and Grandma and Abby took a picture with the actress who played Mary Poppins.

On the back of the program, it advertised auditions for St. James Players next play, “Peter Pan.” Abby and Aiden asked to audition for the play. Aiden decided a couple days before that he did was not ready to sing in front of people, but Abby went through with it and was picked to be a lost boy for the play that was to be put on in April 2018.