Earlier in the week

We arrived to Marten River on the Sunday before because Grandma Rose was not doing well. The kids got to see Grandma Rose to se her one last time. We then carried onto Marten River where the kids & I remained for the duration of the week while the Melissa, Linda and Joyce stayed with Grandma Rose. So the kids and I went swimming and took care of the dogs and of course Uncle Al 🙂

Our family reunion had grey cloud hanging over it because of two significant losses to our family this year. Chantale’s dad, Gerry, passed away suddenly at Easter this year and Grandma Rose passed away on the Tuesday before Christmas in August. On account of Grandma Rose’s funeral being held on the Saturday of Christmas in August, we had to have an abbreviated get together. 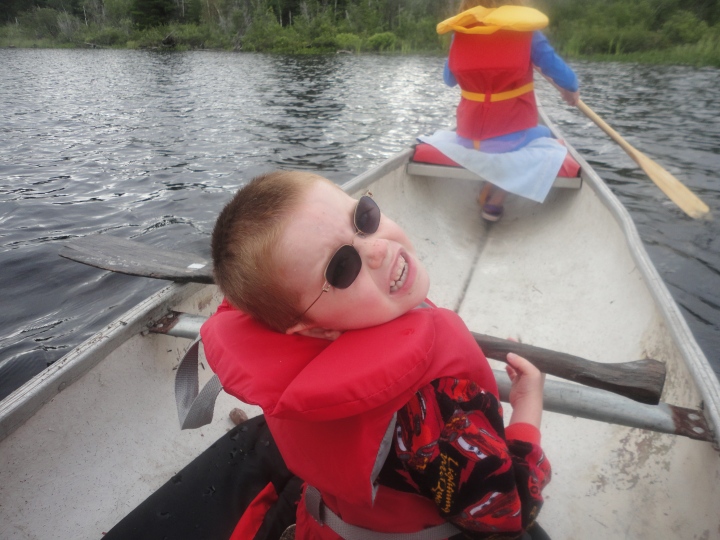 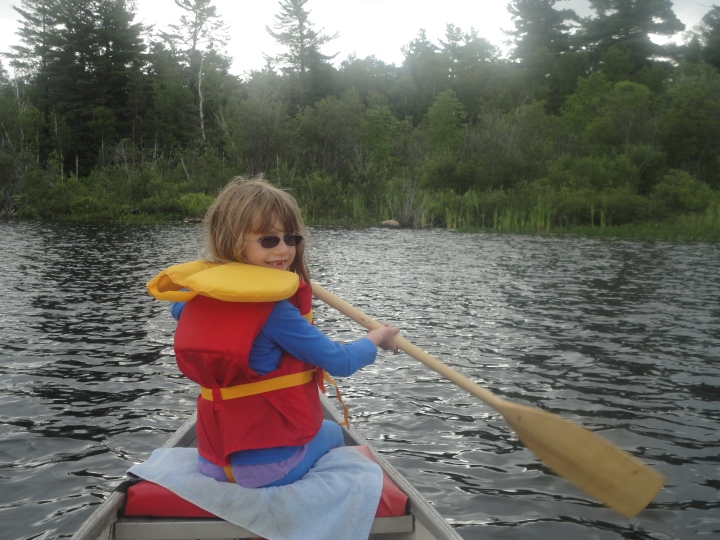 New Faces in the Crowd

This year we had some new faces in the crowd including Gabe & Rachel, Auntie Linda, Bruce & Jackie, and Shawn & Megan.

Memorial to Grandma Rose and Gerry

In remembrance of Grandma Rose and and Gerry, Chantale and Linda canoed out onto the river and released some flowers and lighted lantern while everyone had a moment of silence on the waterfront.

We also enjoyed fireworks by the river after dark. Unfortunately at the fireworks, Megan got a little something in her eye and she had to patch it for the rest of the night and the next day. I think next year we will have to get some safety glasses for her next year!!!!